Non-Fiction Books as Business Cards and Steppingstones: An Interview with Sarah Krieger 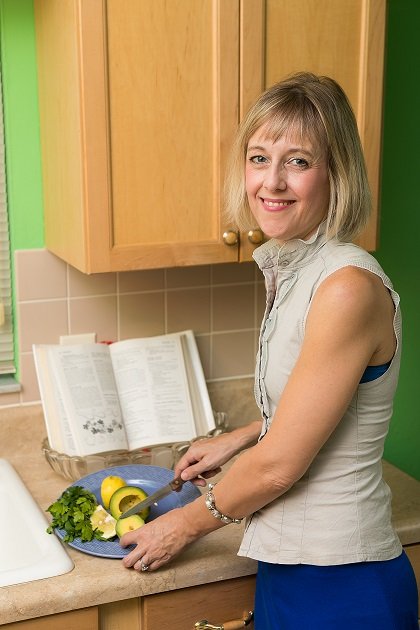 Registered dietitian Sarah Krieger talks about her experience of co-authoring Weight Loss Surgery Cookbook for Dummies: the challenges, what made her start and kept her going, the main lessons she learnt, and what writing a non-fiction book is really about.

When Wiley reached out to Sarah Krieger, MPH, RD, proposing her to co-author the second edition of Weight Loss Surgery Cookbook for Dummies, they were looking for a peculiar profile: not just a dietician, but one also with a background in recipe development.

As it turns out, that pairing of skills is not very common: “I would say that 25% of dieticians or even less have an interest in the culinary aspect, which is surprising because we talk about food all day long,” she says.

Self-publishing vs working with a publisher

Sarah wasn’t new to writing a book: four years beforehand she had self-published Coffee Grounds, Banana Peels and Diapers, an extract from her 10+ year-long journal about the meals she prepares for her family.

“Both experiences were really good,” she says. The similarities, however, end here: “With the first book, I worked with a self-publisher who guided me into it, and you still have to follow certain rules to get the book out to the world. But when you work with a publisher you have their curriculum, their guidelines and their rules. You know, if a publisher comes to you, obviously they’re running the show at first, but then you have that meeting of the minds so that everybody’s on the same page because there’s your name on the cover too.”

How the writing process worked

From start to manuscript, Weight Loss Surgery Cookbook for Dummies took about nine months. Sarah had to spend part of that time not at the computer but in the kitchen, testing new recipes: “When you’re creating a recipe for the world to see, you better make sure it tastes good. That part was my life for a couple of months. We had to go through the first edition to weed out those recipes that were outdated, Then, I brought in new flavours, and then adapted them to the post-surgical part of the population that’s going to read that book.”

“Also, what helped me in the writing process was stepping back from my routine. I did a lot of the writing when I was on vacation. That allowed me to enter my own creative space.”

The main challenges of writing the book

Working with a publisher (and a major one too) for the first time had its own challenges. One of them was giving up perfection:

“The main thing is working against your own timeline, making sure that the end product is not perfect, but as close to perfect as possible. Because, once it’s published it’s out there. And then, you submit it to the publisher, and they have to review it and that part is stressful too. With self-publishing it’s different, easier, in a way. I had to hire an editor to make sure all the grammar was correct, but in the end you’re in charge, and it’s your work that you’re putting out there.”

“Working with a publisher was like going back to graduate school where you have to submit your papers for review. Finally, there was the challenge of working remotely with Brian Davidson, the main author, who wrote more of the content part. He’s based in New York, so we actually never met. We just did conference calls. What made up for the distance though, was that we were on the same page, we both wanted this project to work and were willing to do our best.”

Like everything else, writing a book starts with an idea, but then you need to have something to go from ‘Everyone’s writing a book, I’m going to write one too someday’ to actually doing it. For Sarah, that something was a combination of things.

“First, you need to have that fire inside, a real desire to want to get the book out. And then, I think it’s also important to have a mentor, like I did, someone you look up to, who calls you out and says: ‘You have it, you just have to do it.’ Also, I would totally sign up for a writing workshop, whether it’s fiction, non-fiction or poetry.  If you’re doubting your skillset, just put that in your toolbox. Workshops are also a good way to hang around with like-minded people.”

The main lesson Sarah learned was actually a demonstration that following her instinct works: “I’m a yes person and that’s gotten me to many great places. Working on Weight Loss Surgery Cookbook for Dummies was another example of how that pays off. You know when a good opportunity comes up, even if you don’t have all the details. You don’t make a million dollars writing a book, only few people do, but it can be a business card and a steppingstone to other projects.”