When Book Ideas Age Slowly: The Glass of Wine by James and Penelope Shackelford

For many authors, writing a non-fiction book is a frantic short-term experience. But sometimes books move forward at a slower pace. They are side projects of the persistent kind. Like The Glass of Wine by James and Penelope Shackelford. 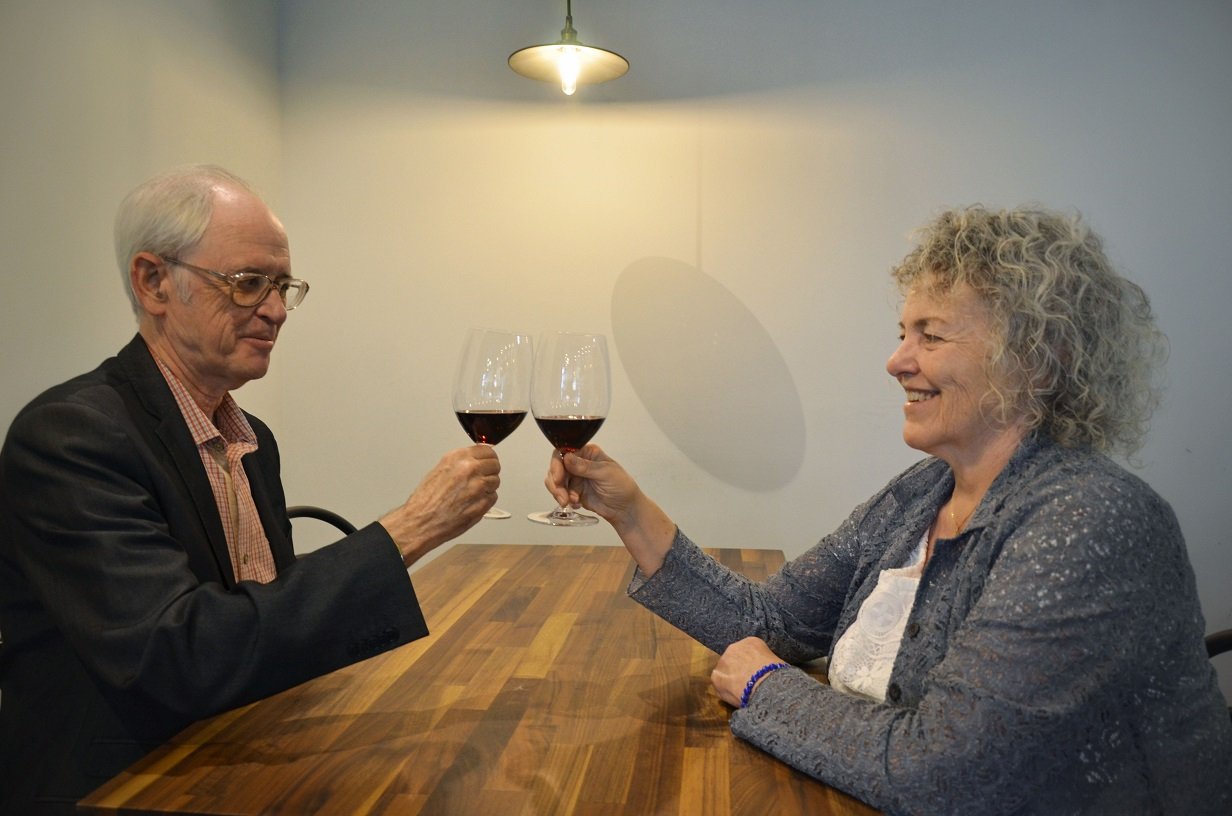 There’s something interesting about glass that we probably fail to notice every time we go to a supermarket: while plastic and cartons have almost completely replaced it as the container material of choice for water and milk, with wine it’s refusing to give in.

During their frequent trips to wineries across the US, James and Penelope Shackelford, husband and wife with a passion for wine culture and travelling, realized that this special bond was a story worth telling. The result is a book called The Glass of Wine: The Science, Technology, and Art of Glassware for Transporting and Enjoying Wine, published by Wiley.

“The book is about the amazing relationship between glass and wine,” says Penelope, “and also about our relationship with glass. One way or another we’re using glass all day long and we don’t even think about it.”

Penelope is a former teacher, journalist and writer, who also keeps a travelling blog, while James recently retired from the Department of Materials Science and Engineering at UC Davis, Ca, where he worked as a Professor for 40 years.

Where the book idea came from: passion and profession

The idea for the book goes back a long way. “Wherever we had to travel for James’ job,” says Penelope, “there was always a wine region nearby, so we ended up touring most of the world of wine. And I noticed that James would go into the labs in the wineries and look at the glass and the chemical instruments, and he was always fascinated by it. So, after all this travelling, I thought that we should bring this interest in wine and glass together.”

Not a frantic pace but a slow burning

The making of the book had nothing of the typical chained-to-the-keyboard rush that many non-fiction authors experience. As it often happens, labors of love have to wait in a corner before they can see the light, while life happens. Some side projects, however, are more resilient than others, they tend to stick: “We would start to work on it, and then our professional or personal lives would take over for a while, so we would put it on the shelf. But we always pulled it back out,” says Penelope.

10 years after they first had the idea, the authors pitched the book to the American Ceramic Society, of which James is a long-standing member. The Society outsources its books to Wiley and normally publishes technical manuals but saw The Glass of Wine as a chance to do something for a broader audience.

By the time they started to work with the publisher, a good part of the work was already done. After that, it took just one year for everything to come together.

For the authors, working with a publisher also meant renegotiating their original idea: “With Wiley,” says James, “we ran into some interesting compromises. We anticipated something for a very general audience, a sort of coffee-table book, but they had the idea of a more technical book and required a few extra chapters on the basic science of glass and wine making.”

“The Glass of Wine is for a broader audience, but still a science book,” says Penelope. “I think it could almost be used in a basic class, or by anyone with an interest in the scientific side of it.”

How the authors worked together

Because of its hybrid nature, The Glass of Wine skipped the peer review that technical and scientific books usually go through. “For a general book like this one, publishers tend to trust the credentials of the authors, so they pretty much gave us free rein,” says James.

Free reins also meant not having to work with an editor, whose role was taken by Penelope, while James did most of the writing.

“That approach was very effective,” says James. “She can bring the perspective of the non-technical person to a book that would appeal beyond just the members of the Americans Ceramic Society, and also the ability to write well and to polish the draft.”

“I’m more writing about arts and literature,” says Penelope, “so I could read what he wrote and say ‘this sounds like an academic paper.’ Of course a certain amount of that had to be in there. But I tried to tone that down. We sort of worked in our areas of strength, rather than just trying to do the usual ‘you do this chapter I do that chapter’ thing.”

As experienced writers, the piece of advice James and Penelope have for first-time authors is simple and old-fashioned: “You have to discipline yourself and set aside time to work on it every day, even if it’s 20 minutes,” says Penelope.

James adds: “you have to identify what discipline means to you. Each person will have their own style. Having a monotonous regular block of time every day may not work for some people, but as long as you do what is within your comfort levels, and you’re really committed to the writing process, then the book will get done.”